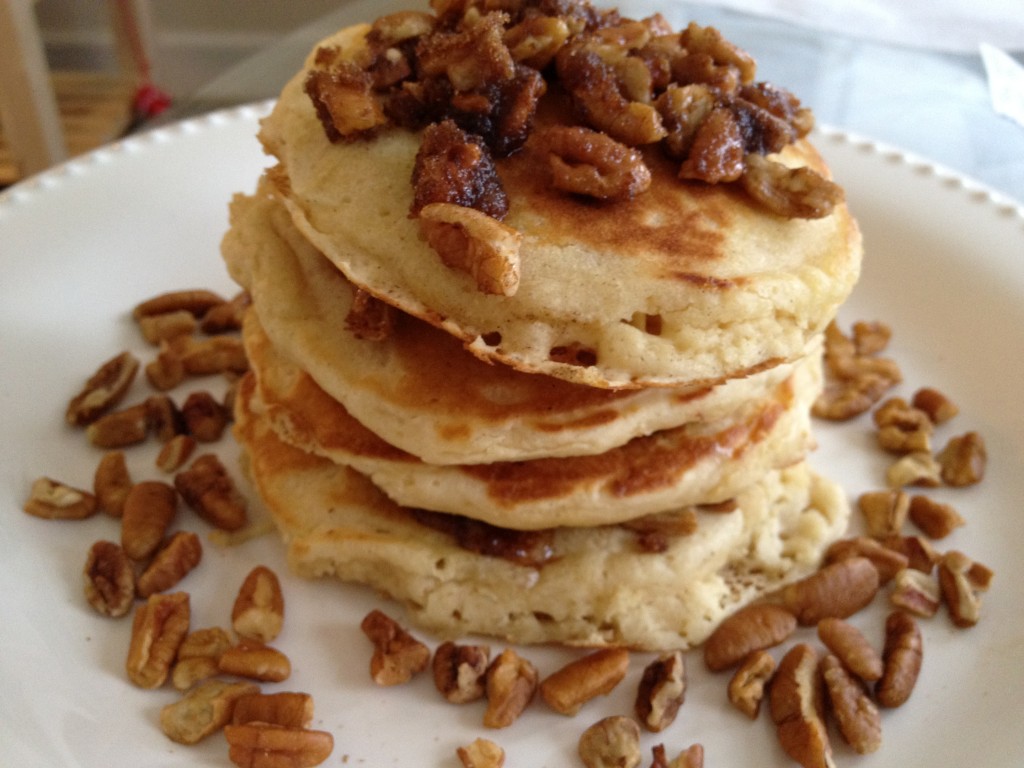 One morning I used Google to find a unique but delicious pancake recipe. I was a little speculative at first but when I saw it was her grandma’s old, tattered recipe I thought, “That HAS to be good!”

I adapted the recipe a bit and used a cast iron skillet coated with some butter (50/50 Olive Oil/Butter Blend). They were a hit with Erik! Next time I won’t be afraid of the weird texture of the batter (it fluffs up and does not at all look like normal pancake batter) and I won’t try to “help” it cook by spreading out the dough. It really WILL cook all the way through and be very fluffy—even though you won’t see bubbles or little grooves before you flip the cakes.

Thank you to whoever the delightful person was who posted this!

*I did not add as much salt as it lists here and the additions of vanilla and cinnamon are mine. I also opted for brown sugar over white.

1. In a large bowl, sift together the flour, baking powder, salt and sugar. Make a well in the center and pour in the milk, egg and melted butter; mix until smooth.
2. Heat a lightly oiled griddle or frying pan over medium high heat. Pour or scoop the batter onto the griddle, using approximately 1/4 cup for each pancake. Brown on both sides and serve hot. 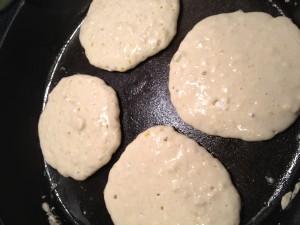 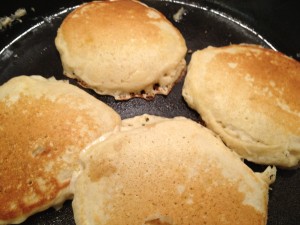 After they've been flipped... keep turning until golden brown.

For cinnamon role topping do the following:

Mix together until resembling a coarse mixture:

Layer pancakes with mixture. Me-thinks if I had put this mixture in the toaster oven for a bit it might have turned out better… I’ll try that next time!

Delicious & Healthy French Toast For One

Delicious & Healthy French Toast For One